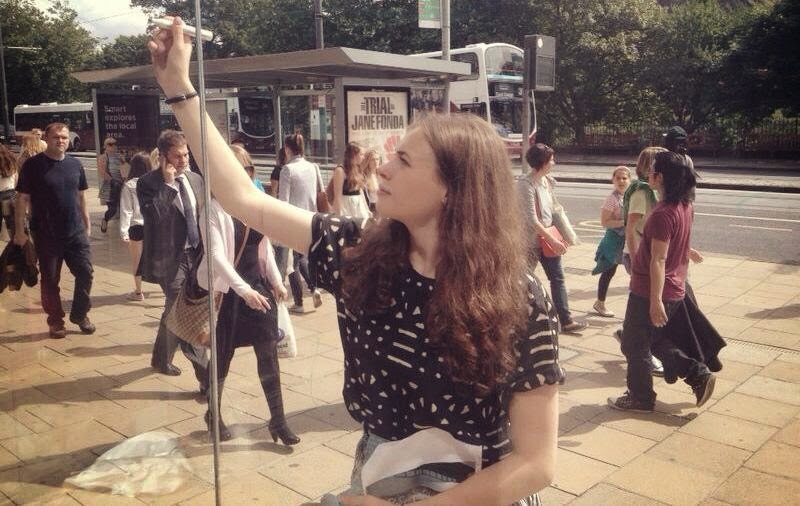 So I've just finished installing my window display for Urban Outfitters. I was staying in Edinburgh from Monday to Thursday and the unveiling was on Thursday night which went pretty well, it's up til the 28th of August. 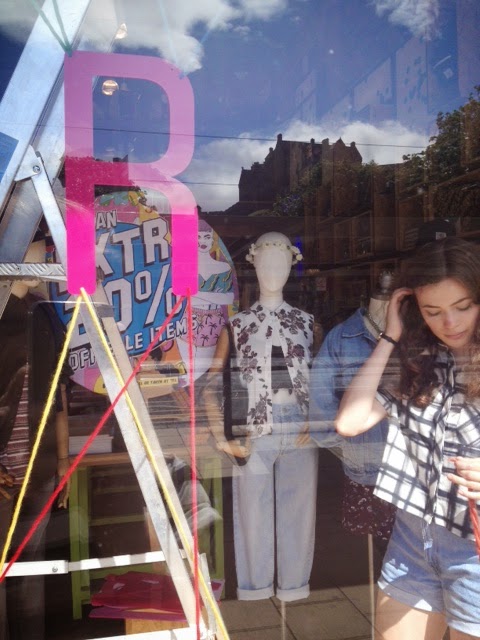 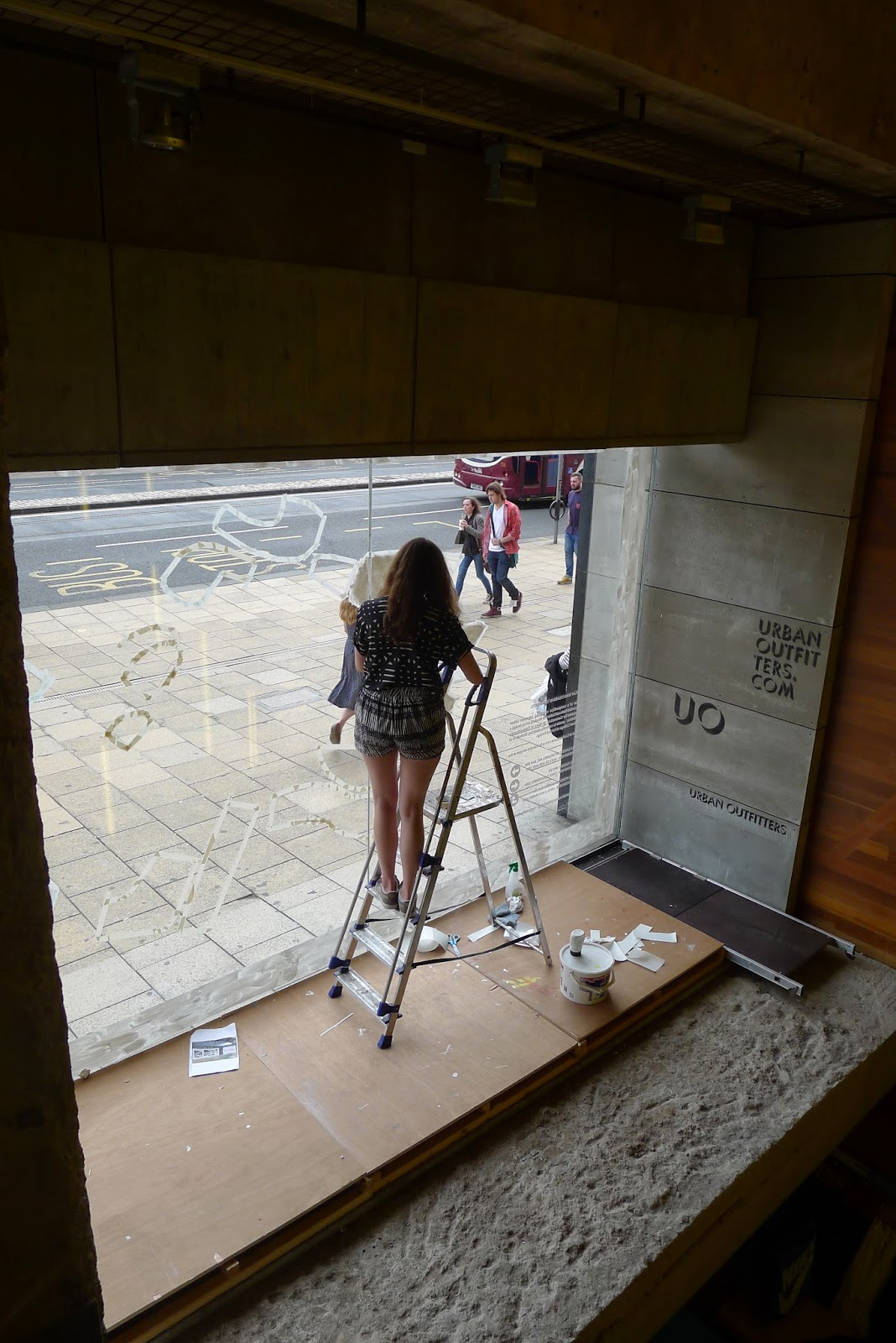 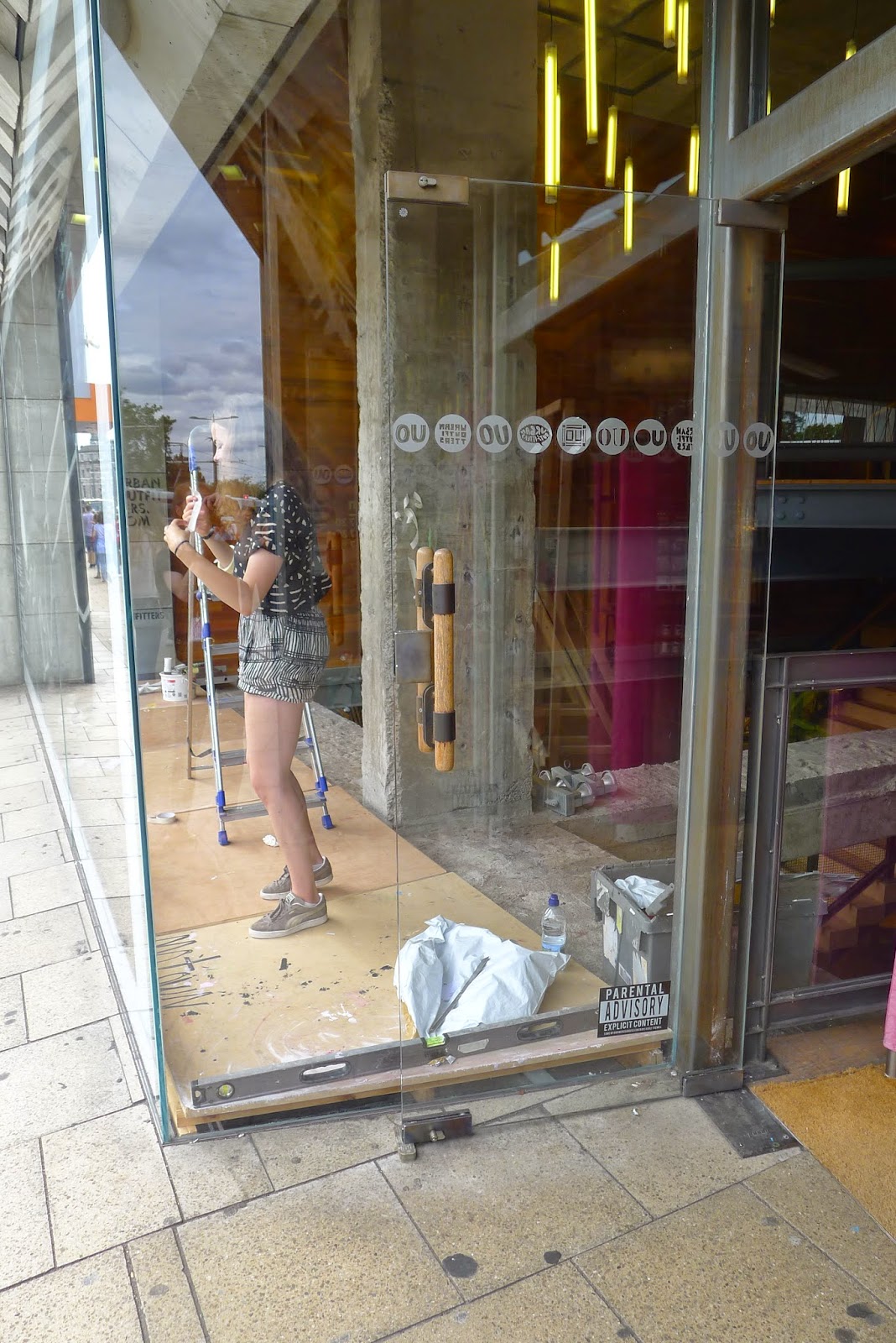 The experience was amazing - it was so unlike anything else I'd done. It was obviously challenging but such a change for me getting to work on such a large scale. I had been really nervous about the install but it was all surprisingly straight forward - everything ran really smoothly. The outcome itself was exactly as I had planned, with no compromises on the design which was brilliant. I also learned so many different processes and different ways to do things. 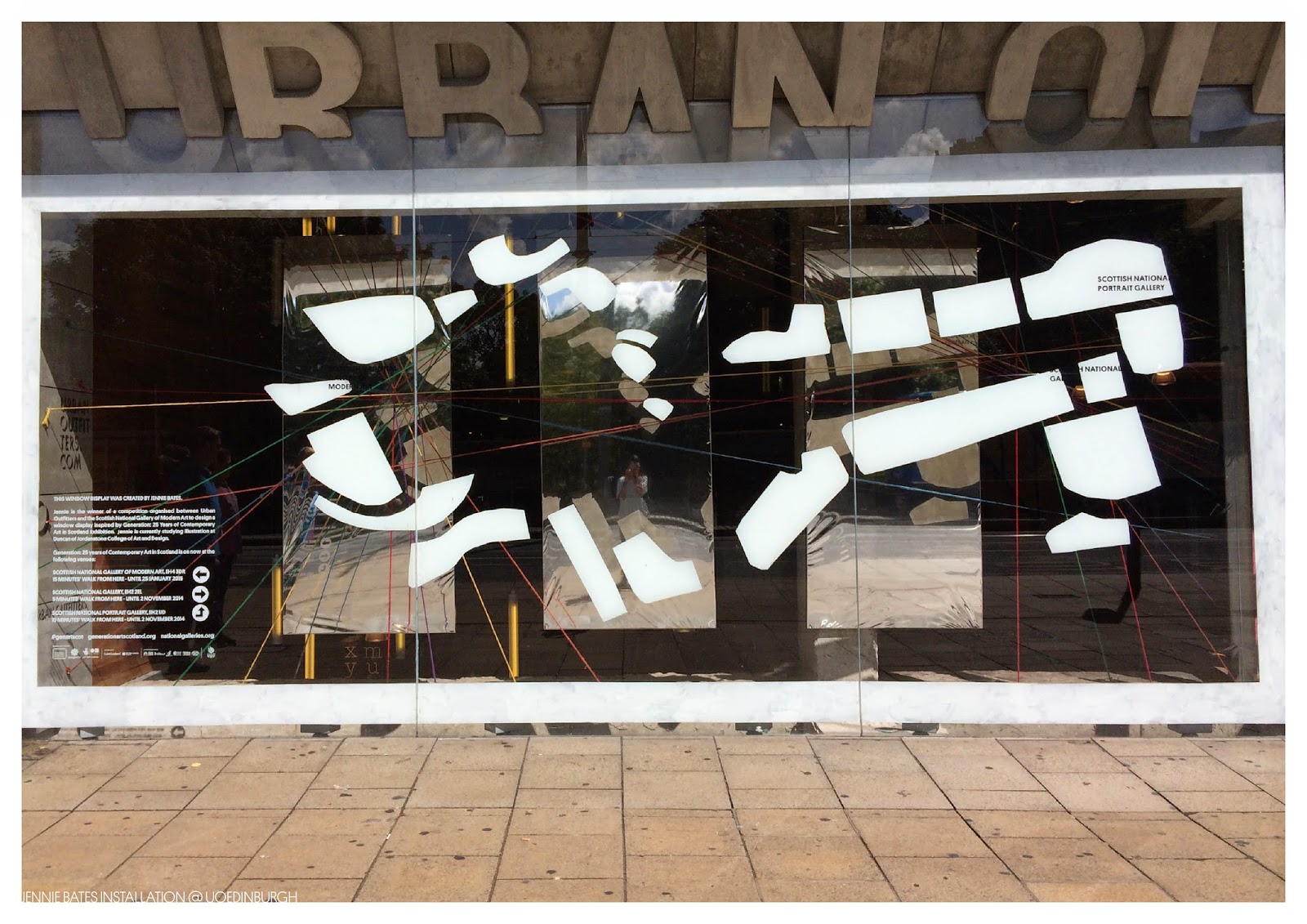 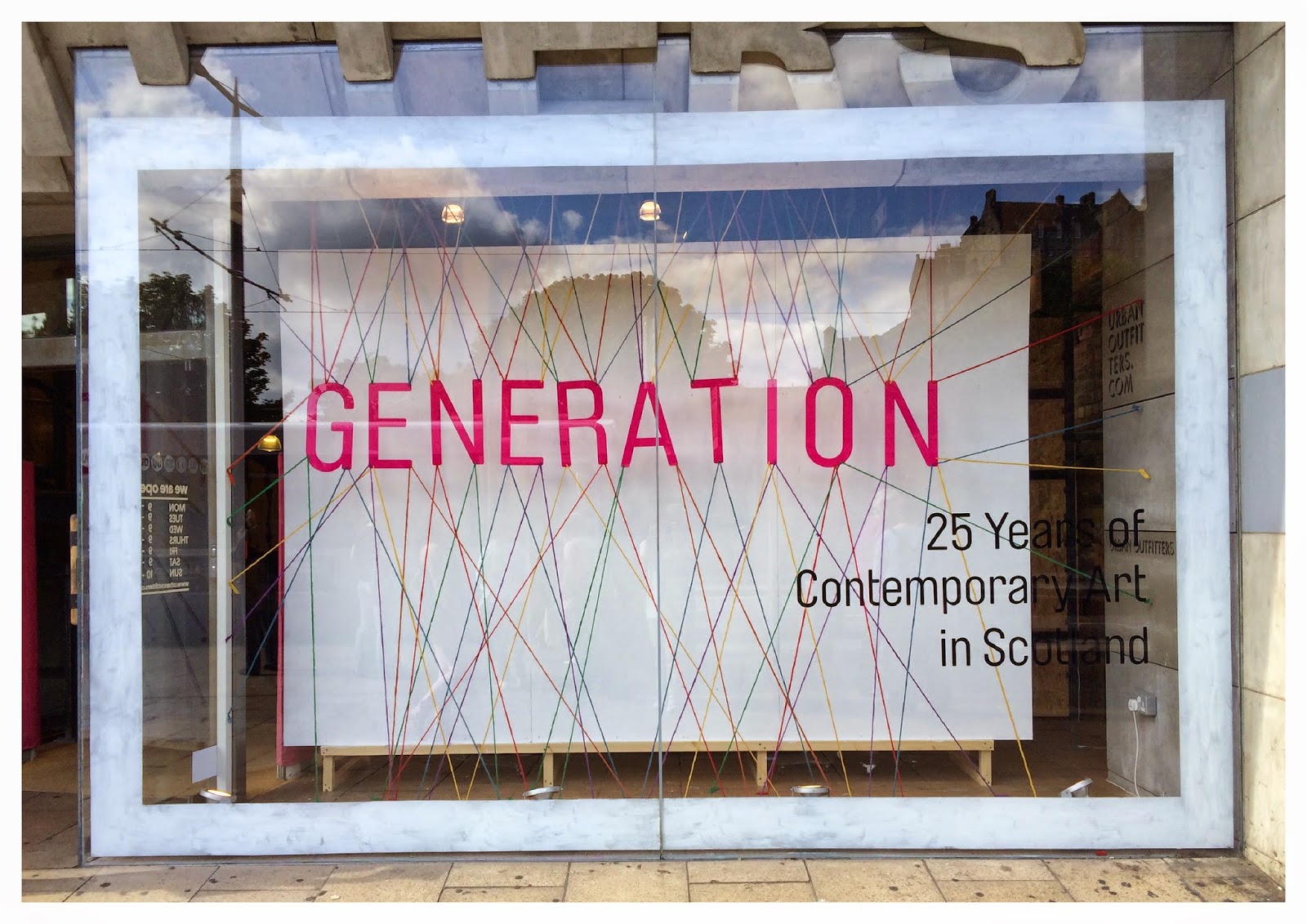 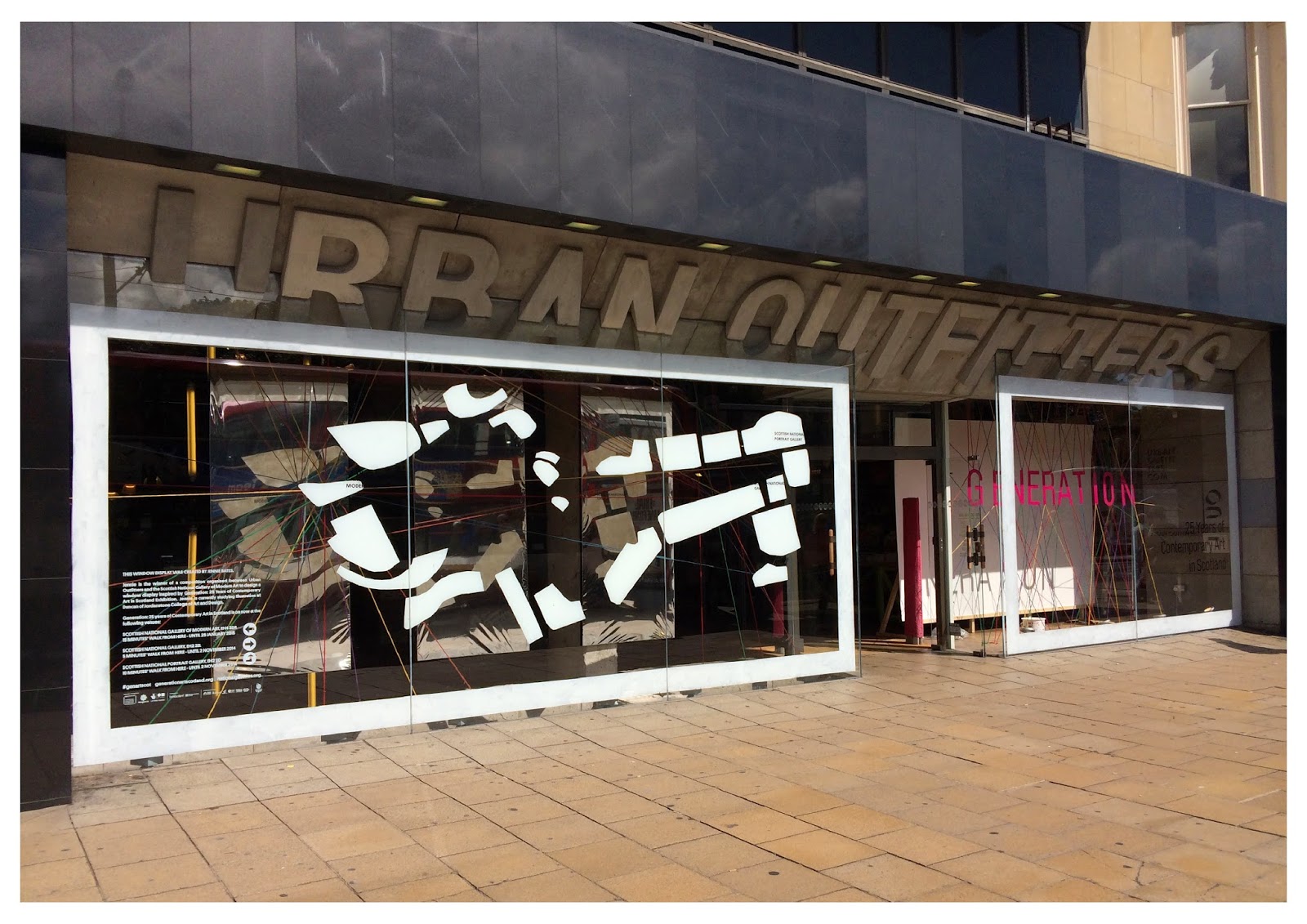 The design was based on the locations of the Scottish National Galleries and the idea of all of the artists coming together in these venues. I like the fact that there are several different layers creating a lot of depth to the window. The reflections from the mirrors (which we made from Mylar stretched over wooden frames) are really effective I think - aesthetically, and also just in attracting people's attention to the window - seeing yourself in an installation makes it a bit more interesting.

Having my work shown on Princes Street in Edinburgh during the festival is so exciting! Really pleased with the outcome so I hope everyone else likes it too. 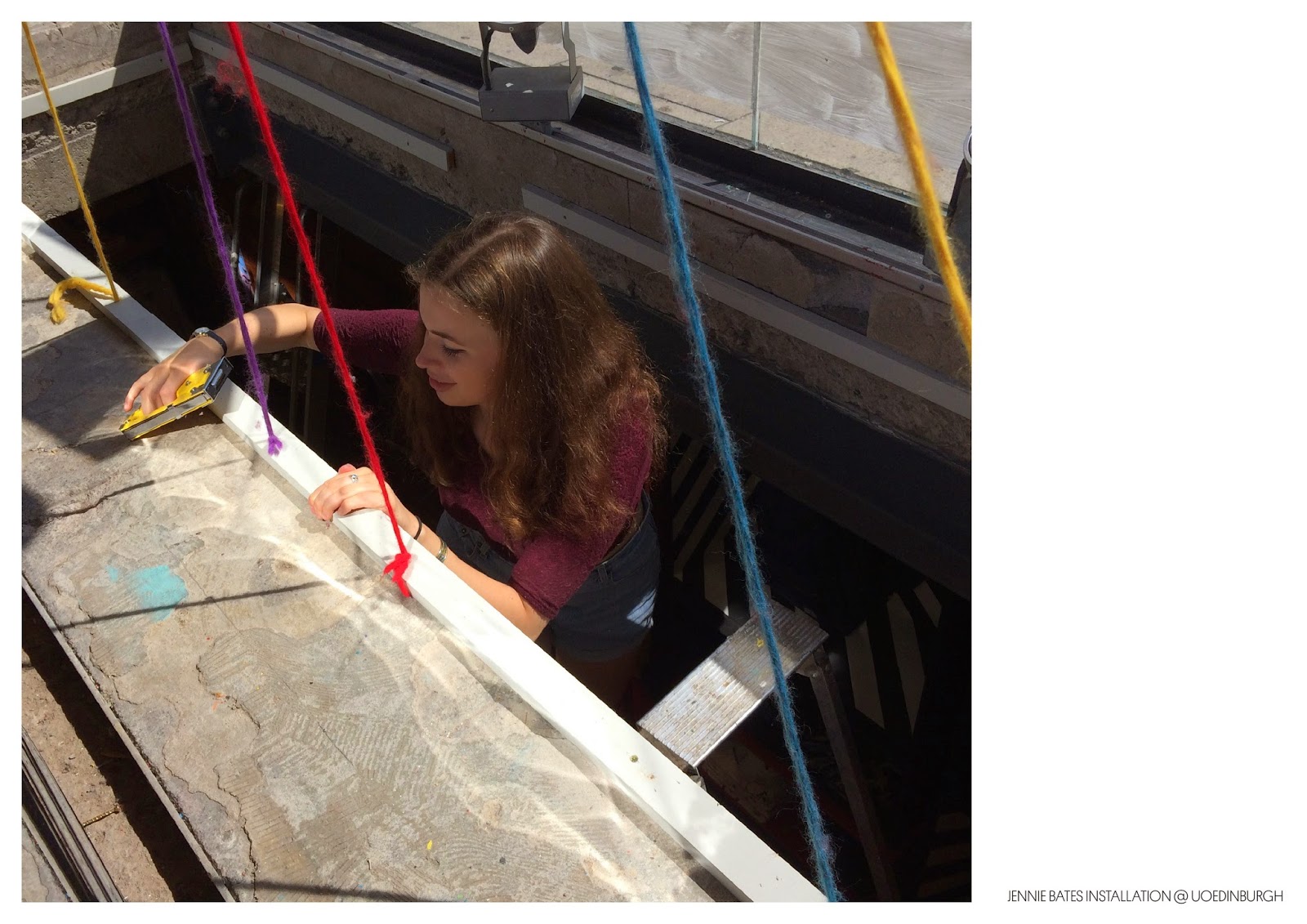 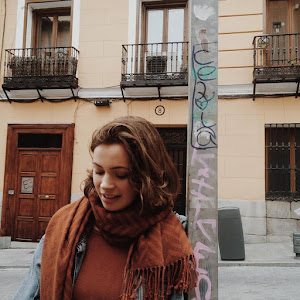